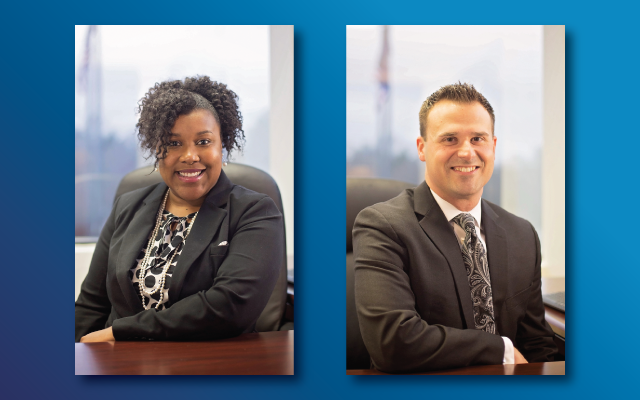 The automatic stay serves as a shield that immediately protects debtors in bankruptcy and their property from a host of creditor collection actions ranging from foreclosure, repossession, and garnishment to collection letters and phone calls. In most instances, the filing of a bankruptcy case forces creditors to cease all collection actions and provides debtors with peace of mind and the ability to obtain a fresh start.

When a creditor willfully continues to engage in collection efforts in violation of the automatic stay, the harm to a debtor can be devastating.  To cure these violations, bankruptcy courts may award actual damages and attorney’s fees, but, in some circumstances, it may also be appropriate for the court to deter egregious creditor behavior by imposing punitive damages.  This article examines a series of recent cases, Edwards v. B&E Transport,[2] Chambers v. Auto Brokers,[3] and Charity v. NC Fin. Sols. Of Utah, LLC,[4] which demonstrate the various ways courts analyze circumstances in which it is appropriate to award punitive damages for willful violations of the automatic stay, and the wide array of potential remedies crafted by the courts.

Under 11 U.S.C. §362(k), an individual injured by any willful violation of the stay “may recover punitive damages” in “appropriate circumstances.”[1] However, the term, “appropriate circumstances” is not defined in §362.  Courts have expressed in different ways the standard to be applied in determining whether “appropriate circumstances” exist for imposition of punitive damages, but an award of punitive damages typically necessitates a finding that a creditor’s misconduct was “egregious or vindictive,”[2] that it demonstrated “contempt and disregard” for the bankruptcy court,[3] or that it acted in “arrogant defiance of federal law.”[4]  Other courts have considered a four-factor test: “(1) the nature of the creditor’s conduct; (2) the creditor’s ability to pay damages; (3) the motive of the creditor; and (4) any provocation by the debtor.”[5]

The court first found that B&E’s repossession of the vehicle and subsequent refusal to turn over the vehicle was a willful violation of the automatic stay.  In its award of actual damages, because the debtor did not plead an action for turnover in her adversary complaint, the court determined it could not order B&E to turn over the vehicle to the debtor.  Instead, the court awarded monetary damages in the amount of $10,000.00 (the purchase price of the vehicle), plus amounts for replacement transportation, insurance registration renewal, missed wages, and attorney’s fees.[7]

The court concluded that Auto Brokers willfully violated the automatic stay and awarded actual damages.  Furthermore, the court found that Auto Brokers’ conduct was “egregious” and demonstrated “contempt and disregard for this Court and the protections provided to a debtor by the Bankruptcy Code.”[10]  Auto Brokers’ misconduct, combined with the fact that it presented no evidence of any remorse or plan to change its procedures in the future, led to the court awarding punitive damages in the amount of $10,000.00 to deter future similar conduct.[11] The court then fashioned the award of damages to be credited against the debt set forth in Auto Brokers’ proof of claim, and also ordered that the terms of the judgment would survive dismissal or conversion of the debtor’s case.[12]

In another recent case, Charity v. NC Fin. Sols. Of Utah, LLC, the court consolidated three adversary proceedings filed by debtors with similar claims for stay violations against NetCredit, a company making predatory online loans. First, each debtor proved that NetCredit continued to automatically debit their bank accounts to collect pre-petition loans, continued to charge fees, and continued to send emails and make phone calls that demanded payments from the debtors after they filed their respective bankruptcies. Based on trial testimony of NetCredit’s bankruptcy manager—who described the company’s automated system of sending emails to borrowers after it received bankruptcy notices, and who then explained that the company had not made any changes to its system in response to the lawsuits brought by the debtors—the Court stated that NetCredit “is an institutional creditor that has not only repeatedly violated the automatic stay in cases involving multiple debtors in clear disregard of the provisions of the Bankruptcy Code, but it has given no indication that it will discontinue doing so.”[13] The court then awarded actual damages and attorney’s fees, and also determined that NetCredit’s conduct was egregious, justifying the imposition of punitive damages.

The NetCredit case is particularly interesting because the Court’s analysis of the amount of punitive damages to be awarded was based—at least partially—on finding that NetCredit’s business model over-emphasized collections and under-emphasized compliance with statutory duties.[14]

The Court finds that NetCredit either does not fully grasp or refuses to acknowledge the importance and purpose of the automatic stay. The Court further finds that NetCredit presently has no intention of implementing the changes necessary to prevent future violations. Such conduct constitutes a reckless disregard of NetCredit’s statutory duties in arrogant defiance of federal law . . . . NetCredit’s failure to employ and properly train an adequate number of employees to manage its accounts in bankruptcy, coupled with its unwillingness to contribute the resources necessary to correctly deploy the software applications utilized in its bankruptcy processes, suggests that NetCredit’s business model favors concentrating its resources on originating loans and collecting payments on active accounts while devoting minimal resources to borrowers who have filed bankruptcy. Even if this is not an accurate assessment of its business plan, it is evident that NetCredit’s attention to its customers who have filed bankruptcy is wholly inadequate.[15]

Based on the extremely damaging testimony from NetCredit’s own bankruptcy manager and the Court’s findings regarding the creditor’s disinclination to remedy its deficient and inadequate bankruptcy processes and procedures to avoid future violations, the Court awarded punitive damages of $100,000 in each of the 3 cases, $75,000 of which from each case was to be paid as cy pres to the National Consumer Law Center (NCLC) and the Legal Services Corporation of Virginia.[16]

As in the NetCredit case, punitive damages are commonly imposed where the court has special concerns that the creditor might continue to commit similar violations in the future. Corporate defendants are particularly likely to do so, and punitive damages are imposed for purposes of “deterrence and retribution”[17] in order to “chang[e] the behavior that resulted in the stay violation.”[18] Whether the violation is a post-petition repossession, post-petition bank debits, or collection calls and emails, once the court finds that the creditor’s conduct was egregious, bankruptcy courts have wide discretion—guided by Supreme Court’s Campbell case—to fashion relief in the form of punitive damages to whatever extent is required. Creditors that willfully disregard or disrespect the importance of the automatic stay and the protections afforded to debtors by the bankruptcy code should be prepared to pay a high price for their offenses.

First published by the NACTT Academy for Consumer Bankruptcy Education at http://considerchapter13.org/.